Chad Stricklin, Funeral Director, Chad has been with Reed Funeral Chapel since March of 2005. Chad is a resident of rural Harrisburg, and is the son of Charles "Fuzz" Stricklin of Harrisburg, and Dianne (Sloan) Short of Galatia. Chad, a licensed Funeral Director & Embalmer since 1996, graduated in 1995, with honors from the Mortuary Science and Funeral Service program of Southern Illinois University at Carbondale, and he graduated from Galatia High School in 1993.  Chad married Gail Emery, the daughter of Shirley Emery of Marion and the late Ralph Emery. Gail is a 1990 graduate of Marion High School, and has an Associates Degree in Accounting from John A. Logan College in Carterville. Gail is currently employed with the State of Illinois. Chad and Gail have one daughter, Anna, and one son, Lucas.

Scott Johnson, Funeral Director and Embalmer Apprentice , Scott has been at Reed Funeral Chapel since July 1, 2019. Scott is married to Kimberly and they share two daughters, Samantha Andrus and Shannon Welker. They are also the proud grandparents of Amelia and Raylan. Scott has lived in Saline County since 1996. He has served many of the churches in Saline and surrounding counties as pulpit supply, interim pastor and pastor. Currently, Scott is the pastor of Long Branch Baptist Church in rural Galatia. He has also been a lender and banker for the past thirty years. Scott has spent almost his entire life in southern Illinois, being born and reared in Franklin County and graduating from Zeigler-Royalton High School. Scott has a bachelor’s degree in Economics from the University of Tulsa and most recently a degree in Mortuary Science from Commonwealth Institute of Funeral Service in Houston, TX. 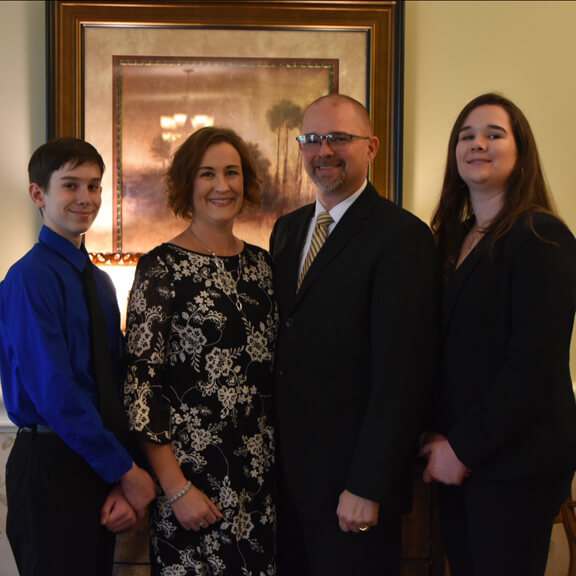 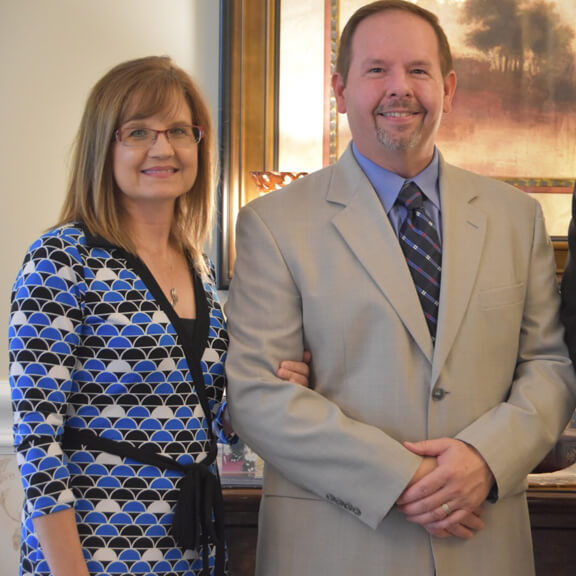 Established by Randy and Beverly Reed on August 4, 1997

Randy Reed, a lifelong resident of Harrisburg, is the son of the late Wayne and Jeanne Reed.  Randy, has been a licensed Funeral Director & Embalmer since 1986 after graduating in 1985, from the Mortuary Science and Funeral Service program of Southern Illinois University at Carbondale.  He is a member of the Illinois Funeral Directors Association, and the National Funeral Directors Association.  Randy, along with his wife, the former Beverly Bell of Marion, Illinois, have two children: Brad and his wife Jennifer Reed of Harrisburg and Carey and husband Ryan Gerber of Harrisburg, Illinois  and 6 grandchildren. 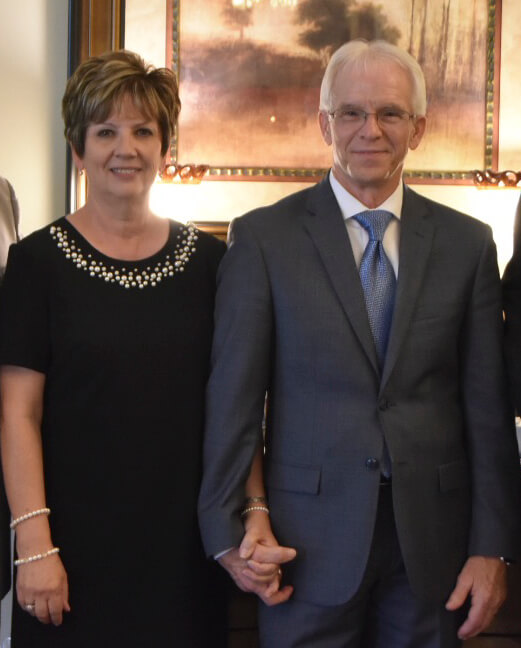